A Mom’s Steps After The Diagnosis 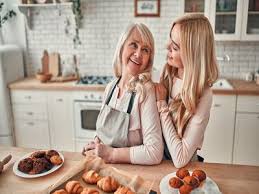 Years ago, when your four-year-old daughter told you she liked the little boy named Brandon in her preschool class at your church, you smiled and enjoyed having a little girl.

The joy and excitement of seeing your beautiful daughter in that cute little stage of her emerging womanhood was enough to make you blush when you shared your daughter’s “secret” with her daddy (your husband).

PCOS is not a disease nor is it a simple health problem you can pinpoint, evaluate, and cure accordingly. While doctors seem to agree that Polycystic Ovary Syndrome evolves from a woman’s natural hormone levels being out of whack, doctors also agree that they are not completely sure yet as to WHY a girl’s or woman’s hormones get disproportionately out of place to begin with, or even if it was the hormones that aggravated the PCOS or if something else may have actually offset the PCOS which then affected the hormones. Doctors also go all ways as to why insulin levels in women with PCOS seem to be higher then normal, here again debating which came first, the PCOS or the higher insulin levels.

The basic point all doctors seem to agree on though, is that the male hormones (which we all have, men and women alike) seem to be higher than they should be in women and girls with symptoms of Polycystic Ovary Syndrome. They also agree that Polycystic Ovary Syndrome can cause serious health problems and diseases such as beast and endometrial (uterus) cancer, high cholesterol and cardiovascular diseases, insulin resistance or diabetes, and even possible infertility problems in the lives of those who have PCOS if the metabolic disturbances of the PCOS are not corrected or managed properly. By the way, any extra weight your daughter may be carrying can contribute to many of these same problems as well as aggravating the PCOS symptoms which lead to those diseases.

A Mom’s Steps After The Diagnosis ,Of course, hearing this as a normal mom who just cares about her daughter and her daughter’s overall well being (and chances of being a mom someday herself), you don’t care as much about the different professional medical debates as much as you do about what you need to do to help your daughter – to make sure she receives the help she needs so that she can go on to live a long and happy life as a woman, as a wife, as a mother someday herself. You might even be thinking about your daughter’s chances of having a four-year-old daughter someday too, one telling your daughter about the crush she has on a little boy in her preschool class at her church. You want those beautiful things for your daughter, and you want to make sure the steps you take right now are ones that are going to help her the most – now and in her future.

Cooking For Mom This Mother's Day?

The Art of the Sympathy Message