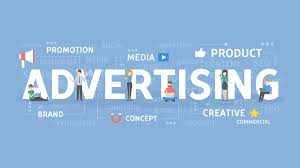 Is advertising the ultimate means to inform and help us in our everyday decision-making or is it just an excessively powerful form of mass deception used by companies to persuade their prospects and customers to buy products and services they do not need? Consumers in the global village are exposed to increasing number of advertisement messages and spending for advertisements is increasing accordingly.

It will not be exaggerated if we conclude that we are ‘soaked in this cultural rain of marketing communications’ through TV, press, cinema, Internet, etc. (Hackley and Kitchen, 1999). But if thirty years ago the marketing communication tools were used mainly as a product-centered tactical means, now the promotional mix, and in particular the advertising is focused on signs and semiotics. Some argue that the marketers’ efforts eventually are “turning the economy into symbol so that it means something to the consumer” (Williamson, cited in Anonymous, Marketing Communications, 2006: 569). One critical consequence is that many of the contemporary advertisements “are selling us ourselves” (ibid.)

The abovementioned process is influenced by the commoditisation of products and blurring of consumer’s own perceptions of the companies’ offering. In order to differentiate and position their products and/or services today’s businesses employ advertising which is sometimes considered not only of bad taste, but also as deliberately intrusive and manipulative. The issue of bad advertising is topical to such extent that organisations like Adbusters have embraced the tactics of subvertising – revealing the real intend behind the modern advertising. The Adbusters magazine editor-in-chief Kalle Lason commented on the corporate image building communication activities of the big companies: “We know that oil companies aren’t really friendly to nature, and tobacco companies don’t really care about ethics” (Arnold, 2001). On the other hand, the “ethics and social responsibility are important determinants of such long-term gains as survival, long-term profitability, and competitiveness of the organization” (Singhapakdi, 1999). Without communications strategy that revolves around ethics and social responsibility the concepts of total quality and customer relationships building become elusive. However, there could be no easy clear-cut ethics formula of marketing communications.

In order to get insights into the consumer perception about the role of advertising we have reviewed a number of articles and conducted four in-depth interviews. A number of research papers reach opposed conclusions. These vary from the ones stating that “the ethicality of a firm’s behavior is an important consideration during the purchase decision” and that consumers “will reward ethical behavior by a willingness to pay higher prices for that firm’s product” (Creyer and Ross Jr., 1997) to others stressing that “although consumers may express a desire to support ethical companies, and punish unethical companies, their actual purchase behaviour often remains unaffected by ethical concerns” and that “price, quality and value outweigh ethical criteria in consumer purchase behaviour” (Carrigan and Attalla, 2001). Focusing on the advertising as the most prominent marketing communication tool we have constructed and conducted an interview consisting of four themes and nine questions. The conceptual frame of this paper is built on these four themes.

THEME I. The Ethics in Advertising

The first theme comprises two introductory questions about the ethics in advertising in general.

I.A. How would you define the ethics in advertising?

The term ethics in business involves “morality, organisational ethics and professional deontology” (Isaac, cited in Bergadaa’, 2007). Every industry has its own guidelines for the ethical requirements. However, the principal four requirements for marketing communications are to be legal, decent, honest and truthful. Unfortunately, in a society where the course of action of the companies is determined by profit targets the use of marketing communications messages “may constitute a form of social pollution through the potentially damaging and unintended effects it may have on consumer decision making” (Hackley and Kitchen, 1999).

How To Make Advertising Claims That Comply With FTC Laws!