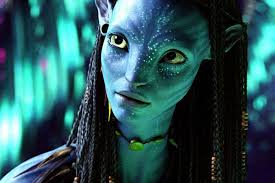 So, what did the most expensive film ever made by one of the best director of our generation look like?

Avatar Review – Believe the Hype Awesome. All the press out there had all talked about the special effects, how the seamless, colourful, fantasy world was pushing the limits of the computer technology, and how the 3D experience will “change the way we watch movies” forever, and it pretty much satisfied all that and more.

Wow, this movie was beautiful. After hearing that all the “outdoor” scenes were in fact shot with blue screen “indoors”, then composited with computer graphics, I was really really impressed how immersive this fictional fantasy world was. The technology involved was only part of the equation, the attention to detail in the fantasy world was amazing, from the exotic and numerous vegetation, the beautiful and equally dangerous wildlife to the believable and endearing natives. There were sceneries where I only previously saw in Japanese animated movies by Hayao Miyazaki. It was a triumph in both technology and creativity to build such a brilliantly colourful and fantastic world.

The beautiful environment complemented the linear, no-nonsense, action-oriented storyline perfectly. The plot, where the protagonist learnt the art of the so-called enemy, then ended up fighting for the other side, seemed a little Dances with Wolves-esque, but it was reinvented with the avatar concept where the protagonist literally takes the “double-life”. There were also some hidden environmental messages in the movie, as expected in most movies these days. What was surprising was the amount of details and creativity was put in the alien world to make everything interconnect and paint a perfect ecosystem.

How to Make a Motivational Mind Movie