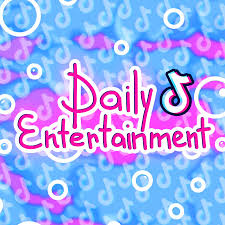 Entertainment, seemingly as tame as a lamb, is a villainous rogue that robs people of the justice and equality that they truly deserve. Though as innocent and beautiful as a child, it lulls the oppressed masses into a false, guileful sense of security; comfort; and well-being. Entertainment, quite often, is the emollient that soothes the ever-burning, acheful wounds in the human soul; gaffing society’s masses into believing that all is well. And more often than not; it blocks critical, constructive thought so vital for the engenderment of long needed change. Society’s masses, lulled into the deep sleep of false entertainment, are condemned to the musty barracks of poverty and a mendacious sense of security. Dancing in the lanes that the world’s heartless billionaires have painted for them; society’s brainwashed, beguiled masses pitch their tents beneath the shadow of pauperdom and woe. Their world; riddled with sham, make belief, and falsehood; is a strange, yawning prison that houses poverty’s and injustice’s impressionable lambs whose minds are carbon copies of the wishes of the rich. Entertainment is the “Haves” brainwashing tool of choice; it predisposes people to accepting less than they are worth and leaves unjust societies unchanged. Entertainment is the fruit of a society whose masses believe is doing well; when, in fact, it is a society where radical overhaul has been long overdue. The interminable stream of false entertainment flows like urban commuter trains: Their arrival time is so predictable; all one has to do is just stand there and wait a few minutes-one goes by, and another soon follows behind it. And so are the interminable stream of lies that flow through the umbrous cave of human society: They come one after another-The Lakers’ Championship Game, the Angels and he Red Socks Match-up, the Meriwether-Chavez Championship Fight, the new Harry Potter movie, the London 2012 Olympics, the New Orleans Mardi Gras Celebration, the Beyoncé Concert at the Los Angeles Sports Arena, the Dunedin Winter Carnival, and on and on and on; drowning society’s misinformed masses in a cruel, implacable flood of distractions. When it is not the Super Bowl Foot Ball Extravaganza, it is the Hornets and the Rockets; and when it is not that, it is a must-see Brad Pitt movie or the Michael Jackson Murder Trial. These empty, vain distractions blind society’s masses from being able to notice what is really happening around them; and one day, they wake up living on the streets and unable to feed or cloth themselves and their families. What a messy, sorrowful plight to which society’s masses have been condemned.

While entertainment; in and of itself, is not intrinsically harmful to healthy, well-balanced human beings; the kind of entertainment produced in this world is inherently false because it contains the virulent seeds of human destruction. For the most part, the bulk of the entertainment events produced by society’s power brokers and societal engineers are slick, insidiously assembled fairy tales. These feel-good stories are exquisitely and ingeniously thought out and assembled to keep society’s masses satisfied with a lot that is otherwise unsatisfactory. These fairytales are beautiful worlds to which society’s framers take otherwise busted and disgusted human beings. For example, one might reason, “Hey, things are not that good with me right not; but, at least, I can go and see a Tom Cruise movie, work the Wall Street Stock Market, or go to Las Vegas over the week end. Things are going to come around for me. I can always go back to school, even though the cost of education has skyrocketed over the past twenty or so years.” The fairytale of secular entertainment blocks people from being able to grasp the broader picture of the rich enslaving and ruling over the poor in American society and being willing and able to do something about it. The ultimate fact is: The fairytale of false entertainment in American society is a lie, but it is one that is hidden in a haystack. Society’s masses must first be shown that they are all blind, internalize that seemingly heretical fact, and begin looking for an opthamologist to fix things for them. Once they recognize that they are blind and take appropriate actions, they must then begin to dig into the gold mine of themselves to determine what their natural intelligence is. This-and only this-will set them on the path of true success. It is only then that the poisonous influence of false entertainment would begin to become apparent and be destroyed forever.

How to Hire Corporate Entertainment