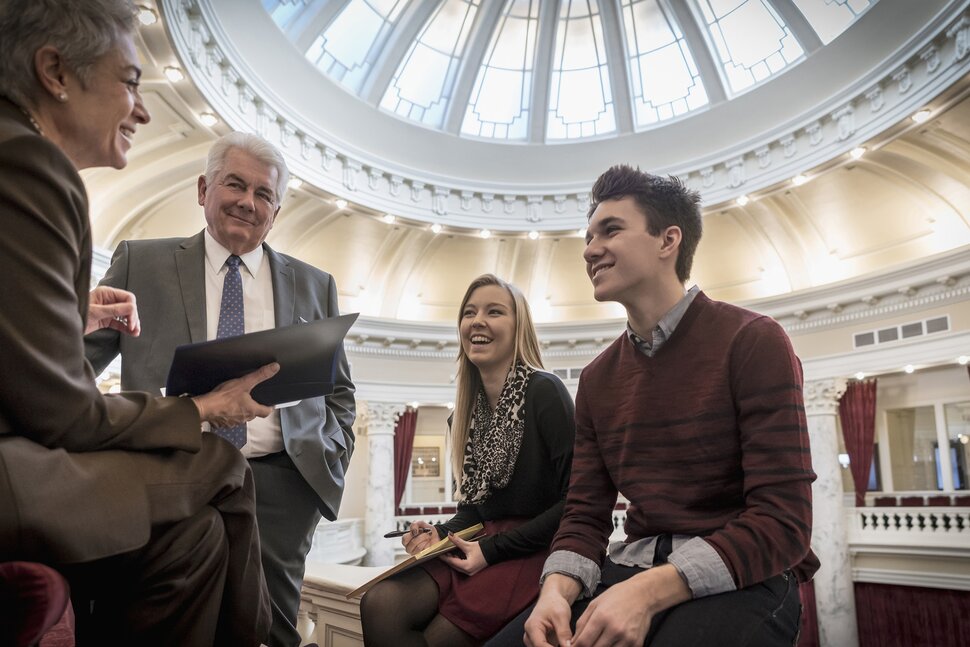 Surely you have heard about a political science major.

But have you wondered what exactly that is and what you can do with it? Getting a degree in political science is becoming very popular among undergraduate students whether it’s for law school or not. If you are fresh out of high school or have been out for a while and are wondering what all is this degree about, here is a quick introduction to the subject, prospective jobs, and possible salaries.

Political science is just that, the science of politics.

well actually the study of government on all different levels, and look at what the different process of political decisions and their impacts on society. While getting your degree, you will need to learn more about the American Government, and the different branches with in it. More than likely, you will learn about different political parties and interest group. On top of learning about the American Government, you may also have to compare that style of government to other types and different forms of politics, as well as foreign affairs. If you decide you do want to go into law, you can take different course that are pre-law, or that prepare you for a graduate degree in law.

There are many different types of jobs that are available with this type of degree.

You may decide you want to work for the CIA or FBI as an intelligence analyst. Perhaps you want to be an activist for a specific interest group, or a lobbyist for a political party. There are also jobs as a political commentator, or even a public affairs researcher. There are many different opportunities for those with a bachelor’s degree in political science. A few people you may not have known who had a political science major, actor Alec Baldwin, TV host Jerry Springer, and author of “Interview with the Vampire” Anne Rice. The United States Government expects that there will be a substantial job growth in this field by 2018.

For those who do get a degree in political science.

Be aware that the salary will depend highly on who hires them, where they are located, and what their experience level is. The average salary for an intelligence analyst in the United States is about $88,000. If you decide to become a political analyst, the average salary you can expect is about $64,000. In New York, if you have a political science major, you may make around $60,000, in California, the average is around $51,000. The average for those with a degree in political science can expect to make about $51,000 in the United States.

If you are interested in politics, law, public communications or relations.

Then political science may be the perfect degree for you. There are so many ways for you to get your degree now days. There are traditional colleges and universities you can attend, or you can get your degree online. The choice is up to you as to which type of classes you want to take. Getting an education is important no matter what. Don’t wait another day, you can find the perfect online program or school today.