How to Find a Legitimate Book Contest 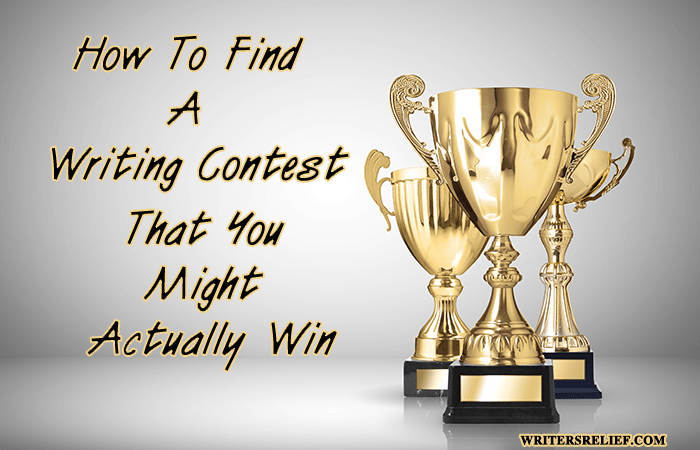 When a book wins the Pulitzer Prize or National Book Award, or a children’s book wins the Newberry Medal, readers take notice. The book and the author then receive a great deal of media attention. Few other book contests are household words, but if you let people know your book has won a contest, it might still convince them to buy your book. And having an award sticker on your book cover or a statement on your website that your book has won an award can only help you to get media attention and boost your book’s sales.

But authors beware. Everyone is trying to make a buck today, and unfortunately, that has resulted in some unscrupulous people preying upon authors who are desperate to get their books noticed; these people have created phony book contests whose only real purpose is to put dollars in the contest organizer’s pocket. Remember, even if you win a contest, it does you little good if it doesn’t help increase sales and media attention for your book, so be careful what contests you enter. Following are some guidelines for determining whether a book contest is worth entering, just a waste of your money, or perhaps even a scam.

Who is conducting the contest?

What is the contest’s history?

Contests have to start somewhere so if it’s the contest’s first year, that doesn’t mean it’s not legitimate, but if the contest has a track record of a few years, it’s more likely to be worth entering. Besides a contest history, you should be able to find a list of past contest winners, which is great not only for determining whether your book has anything in common with the past winners so you determine what chance you have of winning, but it lets you determine the quality of the books that have won in the past to see whether it truly is a contest with critical judges, or just one of those contests where everyone wins-yes, those are out there.

What is the fee?

Some people will tell you to avoid contests with fees, but a contest with a reasonable fee is usually as, or more, legitimate. After all, people don’t run contests for their health. It takes a lot of time and effort to organize a contest and to read all those books. Fees usually pay for advertising the contest, for the prizes, and sometimes for small gratuities given to thank the judges for their time. Just make sure that as the contest entrant, you get the most important thing for your fee-someone who actually reads your book. And also that the contest winner actually wins something (see “What is the prize?” below).

Beware of additional fees once you win the contest, such as receiving a discount on book coaching services. You may end up having to pay for extra award stickers-no contest is going to give you unlimited stickers-but beyond that, there should be no extra fees.

Along with fees, also note how many copies of your book are needed. A legitimate contest will usually need more than one book because there are multiple judges who will need to read the book. See also if a statement is made about what happens to the books-do the judges keep them or donate them to a library? Either is fine. You just don’t want to enter a contest where the goal is to collect books that will not be read but sold to earn extra money.

What is the deadline?

It doesn’t matter what time of year the deadline to enter is, but it should be sufficiently far enough away from the date when the winners are announced. If a contest deadline is January 15th and winners are announced on January 30th, it’s likely that not a lot of books were actually read in a two-week period. At least a month should pass between the deadline and the announcements so the judges have time actually to read the books.

Who is doing the judging?

Not everyone is qualified to judge a book contest. You don’t want to enter a contest where the judges are made up solely of the organizer’s family and friends. You want to win a contest where well-known or at least qualified people-writers, publishers, publicists-are doing the judging. The contest should disclose who its judges are. Not “Judges may include” but actually listing the names of the judges, or telling you what group of people compile the judges. A list of famous past judges doesn’t help either if those people aren’t judging the year you enter, although such a list may show that the contest is reputable.

What to Do If Your Computer Does Not Start