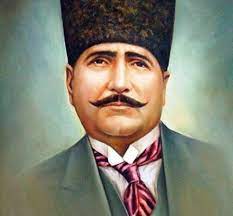 Sir Muhammad Iqbal (1877-1938), in layman’s terms, was a gifted poet whose verses inspired the Sub-continent Muslims, awakened them from bondage and motivated them to strive for liberty. In fact, Iqbal was a very different man from the Freedom Movement leader our history has conjured up with its imaginative understanding of the great thinker’s ideas and beliefs.

Iqbal was a liberal Muslim with a scientific comprehension of old school religious – specifically Qur’anic – ideas; in other words, he was a reasoning philosopher whose mission was to create a version of Islam – yet again, Qur’an mainly – compatible with modern scientific research. He was a diligent student of German philosophy and had deeply recognized the traits which could render any faith lie frail and submissive before intellectual progress of the human race. As wisely recognized, Iqbal adored his creed, and his honest intentions were to protect “Mohammedanism” from the upcoming onslaught of science in Asia.

How did Iqbal find a way to equally compare Islam and science? How did he defend the legends narrated in Qur’an the like of which are ridiculed in Bible? Well, there exist among Muslim certain groups of pure liberal origins. These factions reject any possibility of miraculous phenomena meddling in human affairs. You may call them the famed (or notorious, I can’t decide) Hadith-Rejectors or the Quranists. One of Iqbal’s contemporaries, Ghulam Ahmad Pervez (1903-85) – a close associate of Pakistan’s founding father Muhammad Ali Jinnah – was the leader of one of such movements called Tulu-e-Islam (Rise of Islam). But we’re going a bit farther in history than we ought to. The man whom Iqbal succeeds in what a simple believer would call bizarre beliefs, was none other than the celebrated Sir Syed Ahmad Khan, the intellectual father of All India Muslim League.

Sir Syed (1817-1898), as he’s mentioned throughout all standard Pakistani text books, was a freethinker, if one allows me to categorize such remarkable a personality according to modern taxonomy. It you’re a Pakistani by birth, it’s impossible you have never heard of his services to the Indian Muslim community. Stories are told how he held back politically-impoverished Muslims from joining the Hindu-dominant Congress rather preached the importance of English education for the creation of a more civilized Muslim generation. His Aligarh institutions were criticized by the mullahs, just like his marvelous ideas regarding Qur’an, but eventually people had to surrender before the surge of reason and had to confess that they badly needed to adopt Western standards if they desired to save the Muslims from evaporating before the heat of science.

But how did Sir Syed manage to spark such fierce controversies in India? Answer’s quite simple and Pakistani students are taught about the entire melodrama in their high schools. Sir Syed had gone crazy over exegesis of Qur’an. For example, Muslims believe in existence of spirits called the genies or the jinn. Sir Syed disbelieved in genies and interpreted metaphorically the verses of Qur’an mentioning Prophet Muhammad’s (bless him and his posterity) encounters with these spirits. He refused to believe in seven heavens. Again, it was some allegorical mystery for him. He also intervened in several jurisprudential problems and differed from the mainstream fight.

Iqbal’s Apocrypha is The job Sir Syed wished to perform was to purify Qur’an from israiliyat or the biblical accounts Muslims had begun using to explain certain Qur’anic stories. His concerns were appreciable. For instance, some Muslims still believe that Adam was banished from heavens because he approached the Forbidden Tree however this is the biblical interpretation of the Fall story. Qur’an has explicitly mentioned Adam’s migration to earth after his approach being forgiven by the Almighty. Another example is the story that Jacob fooled his father to become a prophet when Isaac had intended his blessings for his beloved Esau. There are accounts of Abraham lying three times and passing Sarah as his sister in Egypt. And how one can forget the Deluge? Nowhere in Qur’an it is stated that the Flood was universal. Qur’an speaks of it as a punishment for Noah’s nation; it never takes the entire human population into consideration. So, Sir Syed was writing against these Bible-based distortions of Qur’an’s intellectual messages and mythical (pseudo-historical) interpretation of its moral stories.