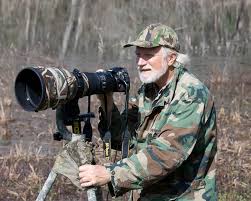 The Nikon brand is famous across the world.

Synonymous with quality and durability, Nikon has carved out a large market for themselves, competing with the likes of Canon for the top-spot in the camera world. The Nikon company started out small but has grown into one of the most successful commercial camera manufacturers in the world. The company started from humble beginnings shortly after the end of World War II, launching the Nikon I in 1948. With this as their starting point Nikon continued to build on their success, quickly introducing a second camera to the market, the Nikon M, one year later in 1949. During the 1950s the brand continued to grow with the NP 1957 being released as a rival to beat the industry leading Leica 35mm from Germany. The Nikon camera quickly came to be thought of as one of the top choices amongst camera technology at the time.

Since these early years Nikon has grown into a powerhouse of the camera world.

Numerous technological improvements have kept Nikon cameras at the top end of the camera market. The launch of the Nikon F SLR in 1959 was a landmark in the company’s history setting an industry standard for SLR design. As a result it quickly became the tool of choice for a variety of professional photographers, taking precedence over the German Leica cameras that reigned before it.

By 1980 Nikon had proven themselves to be one of the best but continued to make improvements including the release of the F3 which was designed especially for astronauts on NASA space missions to use. The design was robust and easily usable by astronauts whilst they wore their restrictive space suits. It also functioned in zero gravity environments and was resistant to solar rays which posed a problem to camera technology in space previously. As a result of the success of this camera Nikon continued to design more cameras for NASA.

The success of Nikon up to this time is evident, but it has continued through the 1990s to the present day.

During the ’90s Nikon produced more top quality SLRs that served to retain Nikon’s place at the top of commercial camera equipment standings. In 1992 Nikon released the NIKONOS RS, the world’s first autofocus SLR camera usable under water. This was a big step for underwater camera use, enabling photos to be taken more easily than ever in sub-aqua conditions. Nikon went on to team up with Fuji Films producing the E2 and E2S digital still cameras in 1995. In 1997 Nikon then introduced their first digital camera called the CoolPix 100. As of then Nikon has kept itself at the top of the digital camera world with a constant stream of new releases improving digital camera technology year on year. The CoolPix S50C and P4 are both excellent compacts, particularly the P4 which is a high quality 8MP product with a large view-screen on the back.Know More About Nikon Cameras  The S50C is a 7.2 MP camera boasting a huge 3 inch view-screen making taking great photos easier than ever.

The History of Nikon Cameras