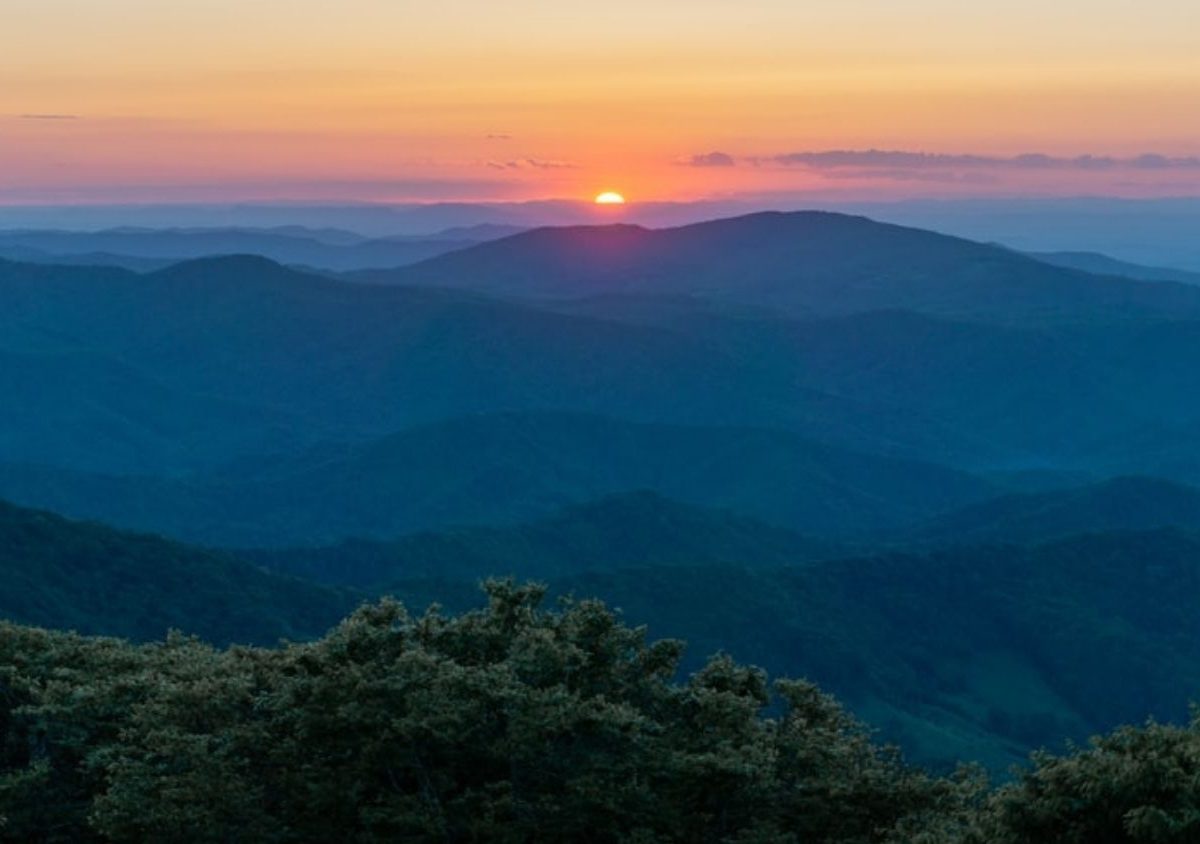 It was written off as a dead industry, particularly with the demise of tobacco advertising. It has been called a blight on the American landscape. It even earned the nickname “pollution on a stick.” But things have changed with outdoor advertising and we’re not talking about your father’s billboards.

Today, the outdoor billboard industry includes not just the small 8-sheet poster along your local rural road; it includes mammoth signs that tower above the tens of thousands of people who pass through Times Square each day. It includes rolling advertisements on the sides of trucks and buses. It includes a plethora of signage at speedways, Outdoor – A New Medium For New Audiences and in sports stadiums. And it includes “outdoor furniture” signage comprised of bus shelters, benches and just about anyplace else where people congregate.

Like them or not, outdoor billboards are here to stay and the industry has never looked brighter. Overall spending on outdoor advertising is nearly $5 billion, a ten percent growth rate and more than double a decade earlier. Moreover, billboards are the place to see some of the most creative work in advertising, in spite of the fact that you have only a few seconds to capture the viewer’s attention. To those in the industry, outdoor is in.

Contemporary social trends favor billboards. Americans are spending fewer hours at home, where TV, cable, magazines, newspapers, books, and the Internet all clamor for attention. People are spending more time than ever in their cars – daily vehicle trips are up 110% since 1970, and the number of cars on the road is up by 147%. For most people stuck in traffic, the only media options are radio and billboards.

Anyone who is old enough to remember the old Burma Shave signs along the highway knows that outdoor billboards can be very engaging and today’s outdoor billboard industry contributes millions of dollars of space to various public service causes.

The new computer-painting technology used by the industry is making outdoor billboards brighter, more exciting, and upbeat. Their messages are typically more clever, humorous and artistic – there’s even a significant awards programs called the “Obie” to recognize outstanding outdoor creative, including a category for PSAs.

The new single-column structures have cleaner lines than the old telephone pole or I-beam structures, and are supporting and complementing today’s crisp, new, bright, architecturally-designed stores, buildings and malls.

Like other rising stars of the information age, billboards have gone high tech. Digital technology developed at MIT has transformed the way billboards are made. Until the 1990s, most billboards were hand-painted on plywood. Quality was inconsistent and when paint faded and wood chipped, billboards became eyesores. Today, computer-painting technology has all but eliminated the old-fashioned sign painter, and plywood has given way to durable vinyl that can be cut to any size, then rolled into tubes for easy shipping. Huge graphics can be produced more quickly and at lower cost, and digital printing ensures faithful reproduction–so that an ad for Levi’s blue jeans looks precisely the same everywhere.

This New Year’s Eve revelers at Times Square will have a close-up view of the country’s first environmentally friendly billboard. Powered entirely by wind and sun – 16 wind turbines and 64 solar panels – the sign is expected to save $12,000 to $15,000 per month in electricity costs. Multiply this by all the other cities in the country using electrical power for outdoor illumination, and it amounts to a signficant cost savings and eco-friendly outdoor.

A wide range of advertisers such as General Motors’ Cadillac, Samsung, Prudential, NBC, Budweiser, New York State Lottery, even the New York Times pay six-figure monthly rates to hold space for 10 years, a far cry from the days when the signs used to turn over every six months. Times Square is so much in demand that Inter City built a 50 story hotel and 300 foot tower at Broadway and 47th Street with a total of 75,000 square feet of outdoor advertising. “The tower is the largest structure ever built exclusively for advertising,” says Bob Nyland, president of Inter City Premiere. Advertisers include American Express, Apple, AT&T, HBO, Hachette Filipacchi, Levi’s, Morgan Stanley, Nokia and the U.S. Postal Service.

The Morphing of Outdoor

“Outdoor used to be known as the beer, butts, and babes medium,” says Andrea MacDonald, president of MacDonald Media, a New York agency that specializes in out-of-home advertising. Now, she says, “everything’s changed. New technology has made us more creative, and advertisers are seeing billboards in a new light.”

To make sure they stand out in the crowd, modern billboards are taking even new forms. In Chicago, Transit Display International (TDI), wrapped a two car, 96 foot long commuter train with an ad. And in some areas, no space is left uncovered. For example, in New York’s World Trade Center, TDI helped Dodge take over every possible space of the rail station ­ floors, walls, posters, banners, escalators ­ to create a single exhibit. The World Bank draped its building in fabric to support World AIDS Day. Billboards, transit kiosks, posters and other forms of outdoor can be strategically placed around Washington, DC Metro stops at the Pentagon or an executive branch agency such as the Department of Transportation to make a statement about a campaign or issue.

“We’ve had requests for moving, smoking and smelling boards,” says Pat Punch, who is a co-owner of Minneapolis-based Atomic Props, a company that specializes in unique spectaculars. For Poland Springs, Atomic Props created a 30 foot water bottle and an outdoor poster for Jell-O in Times Square serves up a giant spoon with 4,000 smaller spoons.

In Minneapolis, home base for Target, people look forward to a new three dimensional billboard object every month, such as Old Faithful, complete with spray every 10 min­utes, which symbolizes Target’s donation to the nation’s parks. Minneapolis retailer Dayton-Hudson once had three dimensional boxes of candy that emanated a mint scent. Says Punch: “Over the last 10 years, our business has tripled as people see the possibilities.”

Since 1996, the Big Four of billboards–Outdoor Systems, Eller, Clear Channel and Lamar–have spent more than $5 billion to gobble up dozens of mom-and-pop operators, as well as the outdoor divisions of big companies like Gannett and 3M. Together they control about 40% of the revenues generated by the 400,000 or so billboards across America. As industry giants, they can operate efficiently and provide one-stop shopping to national advertisers. Goodwill Communications’ outdoor database has been reduced from over 600 outdoor companies two years ago to just over 400 today, due to consolidations and buy-outs.

Outdoor is perhaps the most overlooked medium of all when it comes to launching PSA campaigns. Admittedly, the cost of printing billboard paper can be expensive, but given the typical results we have experienced for clients, we believe that outdoor provides excellent exposure opportunities.

When used to inform the public about public causes, outdoor billboards provide many different communications advantages, and the total universe of outdoor opportunities is almost unlimited, as shown by the following table provided by the Outdoor Advertising Association of America.

First, outdoor is typically available even in towns that are too small to have a radio station or a local newspaper.

Second, billboards can provide communications reach right down to the neighborhood level. This may be useful if your campaign is concentrating on inner city residents or high school students and you can convince the outdoor billboard company to post your PSA messages nearby.

One media buyer for a major advertising agency demonstrates the flexibility of outdoor: “I’m running Russian copy in a New York neighborhood, Filipino in San Francisco, Arabic in Detroit.”Outdoor – A New Medium For New Audiences

Third, when used in conjunction with other forms of outdoor – sports stadium signage, transit and place-based media – they can provide the communications effectiveness of a local network, giving you reach and frequency throughout the community.

The Ins and Outs of Outdoor Kitchen Design