Problems I had & Solutions Microsoft offered 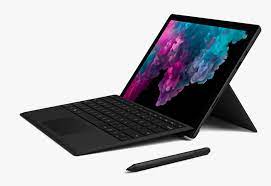 I mentioned the problem my original Surface Pro had with its wifi chip awhile ago, but there’s more to that story. In fact, just a couple of weeks ago my Surface Pro once again began having problems with the wifi chip, and no update, driver replacement, or even a system reset helped. Eventually the device started blue screening repeatedly, so I took it in to see what Microsoft could do for me. To my complete surprise, they handed me a brand new Surface Pro 2 and even let me pay the difference to upgrade it to the 256GB/8GB model, which I eagerly did. The new device is basically all the great stuff about Surface Pro 1, distilled into a purer form. Same weight, size and shape, slightly better screen (though I honestly can’t tell the difference, for what it’s worth), and the Type Cover 2 is a fantastic little keyboard that does its job with aplomb. I’m very happy indeed, and more than glad I bought the extended warranty.

I’ve seen a lot of folks argue that the Surface Pro series is too expensive, and I can understand why. $999 before you even add the keyboard seems like a pretty tough pill to swallow, especially for a tablet when you live in a world of $499 iPads and $199 Kindle Fires. But I think it’s worth remembering what you get when you buy into the Surface Pro system:

1. You get an ultrabook that can run just about any legacy Windows app you can throw at it. It has excellent RAM options (4-8GB) and storage options (64-512GB), a full-sized USB port and both wired and wireless external monitor support (the latter via Miracast). In Apple land, this costs you $900 minimum.

2. You get a tablet that can do anything an iPad or Android tablet can do, plus more, with the only drawback being sheer numbers of apps. Even that is changing as the Windows Store approaches 200,000 and will soon merge with the Windows Phone store to boot. And because it’s Windows, you also get the perk of individual user accounts right out of the box. In Apple land, this is another $400+

3. A digital drawing/inking solution. Whether you just take notes or you do fine art, the Surface Pro has you covered. You don’t get this in Apple land at all. You instead buy a USB tablet that does not have a screen for $100+, or you buy a Cintiq to connect to your Macbook for $1,000.

Long story short: at first glance, yes, it looks like Surface Pro/2 is expensive, but you get a tremendous amount of value for your money.

Would I recommend the Surface Pro or Pro 2? Absolutely, especially if you’re an artist or someone who’s just sick and tired of lugging around multiple devices. We live in a world where our computing hardware is not just powerful, but can do its job with surprisingly little energy or heat. There’s just no reason to carry two devices in your bag in addition to the smartphone in your pocket. If I could have a wish granted, it’d be for Microsoft to add an extra USB 3.0 port, thunderbolt, and move from an mSATA to a PCIe SSD. Mind you, it doesn’t exactly need those items, but the hardware nerd in me would be really happy to have them.

As for Surface Pro 3, well, I’d love to review it, and more importantly I’d love to put it in the hands of our classically trained illustrator so she can put it through its paces and render a verdict on its usefulness as an artist’s digital tablet, but so far haven’t had any luck getting time with the new device. But hey, if Microsoft would like to let us borrow one, we could probably work something out!

Oh, almost forgot: do buy Microsoft’s extended warranty for Surface Pro,Problems I had & Solutions Microsoft offered no matter what version you buy. It’ll really pay off if anything ever goes wacky with your device, and it even offers accidental damage protection, which is usually pretty expensive if it’s offered at all.

My Year With Microsoft Surface Pro