Second Opinion: What, Why and How? 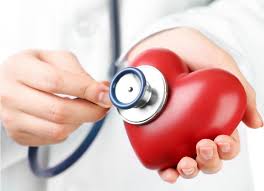 A second opinion is about seeking a medical opinion all over again.

At times we struggle to understand as to why we are not getting cured even after following the doctor’s advice diligently and also eating all the medicines prescribed by the doctor on time and in right quantity. Second Opinion: What, Why and How? Have we ever thought if this is the right approach that doctor has suggested or could there be a different solution to the problem diagnosed by the doctor or may be the diagnosis in the very first place was not right.

At the end of the day everyone should realize that we are dealing with Human beings and there could always be some amount of knowledge gap or some amount of error that might creep in one’s judgment hence we talk about something like a second opinion. Which if taken from an uninfluenced and unbiased professional can always aid in solving ones problem or help in curing a disease earlier found to be cryptogenic.

If your current treatment is going on properly and you see signs of improvement in your health then taking second opinion might not be of any use at all. Moreover at the end of the day decision is always of the patient whether he / she would like continue with the current treatment or would like to go by what the other doctor has suggested and change tracks.

Although doctor sitting across the phone wouldn’t be able to see the patient but can always be sent all the reports that one has and also tell all the symptoms and problems one is undergoing and changes that he /she has seen over the period of treatment. This would help the doctor understand a lot about the case.Second Opinion: What, Why and How?

Whose Opinion Matters Most?

What Is Coming Out Of Your Mouth That Is Not Your Opinion?