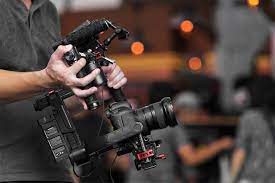 Want to shoot a high-impact personal documentary? While there is no rule book to documentary film making, there is others’ experiences that may help guide you. In this article, I am going to give you some tips on how to make a successful personal documentary. Some suggestions here relate to the project generally, and some relate specifically to filming interviews and shooting on location.

What is a personal documentary?

A “personal documentary” is a branch of documentary film making that focuses on one particular human subject, or sometimes a couple or a family. Commissioned by the subject in question or a family member, it is a bespoke (custom made) video biography which takes advantage of the immediacy and emotion of film to tell personal and family history stories that would otherwise be told in print.

There are a lot of twists and turns to a life, and many rabbit holes that a well-meaning personal documentarian could disappear down. But resist diversions, unless they bear on the subject’s progression.

When asking questions, try to relate events to motivations and feelings. Subjects are typically very good at giving the “who what and when”. The personal documentarian has to work to get at the “why”, and the “why nots”.

In telling stories involving former generations, try to connect the story to, or tell the story from the perspective of, someone still living. The thrilling exposition of even the most fascinating of historical detail (e.g. “Grandfather George Unwin once killed a tiger in Bengal”) means little unless it is connected to someone or something tangible for the audience (e.g. “Old George Unwin was an adventurer, like his grandson Frank, both of whom joined the military by the time they were 18…”)

Tip 2: Go beyond the surface

In a personal documentary, most of your information will come from the subject and their friends, colleagues and families. But you should dig a little deeper whenever possible, and don’t ignore the documents.

For instance, I always do a little genealogical research on my subjects whether they ask for it or not. It’s common to find mistakes in the family’s collective memory, and it sometimes happens that odd and surprising revelations come to light (like underage marriages, name changes and significant understating of ages).

A successful personal documentary will have feeling, humor and layers. It will cover the main “stations of the cross” in the person’s life without seeking to be comprehensive (an impossible task in any medium, at any time). It will also take a view.

Depending on the time available, you can do historical research into the city or the state or the events recounted or the time period involved. Newspaper searches can turn up interesting material (you may need to join a library to get access to the best data bases). And some film makers even conduct Freedom of Information Act searches to bolster their research.

Barry Hampe in “Making Documentary Films and Reality Videos” says much of documentary film interviewing consists of running endless tape through the camera waiting and hoping the subject will say something interesting.

That’s a little harsh. But it speaks to the truth of good fact gathering: you can seldom force the pace. By and large, with careful, patient and open-ended questing you have to let the story come to you.

Chances are you will be filming both in interview set ups as well as on location.

When interviewing a subject, ask the prepared questions but also ask questions (and shoot footage) that might tell us something about the person e.g. their job, hobbies, the location itself, etc.Shooting a Personal Documentary:  Also, capture a range of shots of the subject during the interview – from wide shots (of the subject with the interviewer and even lights etc), to close ups (say, waist and above) to extreme close ups (face only). Avoid moving the camera while the subject is speaking.

How to Make a Documentary ?