The Elements of a Good Advertisement 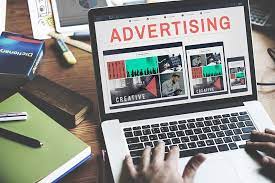 Advertisements are all around us. Whether we’re watching television, driving down the freeway, flipping through a magazine, or listening to the radio, we are bombarded on every side by messages trying to get us to buy a product or service. And although there have been countless debates over whether or not advertising is effective and whether it really does influence people to purchase products, the fact is many companies will spend billions of dollars on a single advertisement in the hopes that it will increase their profits.

Good advertisements have the power to make people stop and take notice. You have to have been living under a rock not to notice the success of Geico’s caveman series or the iPod’s silhouette series of commercials and advertisements. And as a result of those advertisements, sales went up significantly for those two companies.

Advertising creates awareness of the product and can convey messages, attitudes, and emotions to entice and intrigue audiences. At least those are the desired effects of an advertisement. Needless to say, some advertisements fail miserably in their purpose.

Perhaps the most important quality of an advertisement is its uniqueness. In a world where people often see hundreds of advertisements a day, an advertisement must be unique and different in order to capture audiences’ attention. Going back to the iPod example, the single block of color with an image of a black silhouette was extremely effective at the time because it was unlike anything else around it. The simplicity of the advertisement stood out against posters and billboards that had busier images and much more text. Also, the use of bright, bold colors made people stop and look at the image. Even though the advertisement had little text on it, people got the message that this product was new, fun, and bold.