The Ironies Of MASH 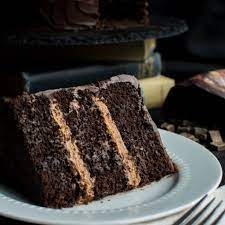 The TV show MASH ran for 11 years taking nearly every opportunity to bash the US involvement with the Korean War, which was actually an allegory for Vietnam. Many episodes showed a moral relativism between the US side and the communists, the doctors(with the exception of Frank Burns) made no distinction between the wounded and often talked about declaring the war a tie so they could go home.

The MASH set sometimes was a tense place to work, especially in the early years. One episode featured a sniper who was eventually shot by an army helicopter. Alan Alda objected to the use of gunfire to settle the issue, some on the writing staff pointed out that he had recently played an armed sheriff who had drawn his gun in a TV movie which angered the star who retreated to his dressing room.

Some who worked on the show speculated that the pro-feminist Alda had problems reconciling playing the skirt chasing Hawkeye. Although, he was always professional he stayed aloof in the early years of the show, going to his dressing room whenever there was tension on the set. Part of the job of being the star is setting standards of behavior for the cast, but Alda just wanted to deliver his lines, contribute his creative ideas, and fly home to New Jersey on Friday. One time he was asked to record a video greeting to Navy stations, he refused claiming it would encourage the troops to prolong the Vietnam war. Even at Christmas he remained withdrawn refusing to buy any presents for the cast and crew, going against traditional television star rituals.

With Alda being aloof, some of the rest of the cast became difficult. McLean Stevenson began to demand he only do one take. Why? Because Sinatra only did one take. He wanted to sit down in his scenes? Because Sinatra always sat down. Gary Burghoff, who future co-star Mike Farrell would later call the greatest actor on the show, drove directors crazy by causing delays, asking what Radar’s motivation was for every scene. Loretta Swit became argumentative and difficult. Only Wayne Rogers and Larry Linville caused no problems. Yet the ratings continued to rise.

The ultimate irony came from the source material. The Ironies Of MASH continued to blast the army, often making Generals look like buffoons, and making several communist characters noble. Alda seemed to lighten up as the show got new cast members and became even more successful. But one person who found it difficult to watch was the man who wrote the book from which both the movie and television show were inspired by, Dr. Richard Hornberger. He was especially bothered by Alda’s portrayal of Hawkeye, the character he patterned after himself, because Hornberger was a Conservative, flag waving, pro-military hawk.