The Sexual Disorientation of America 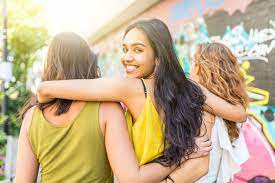 There is no such thing as sexual orientation.

It, like the tooth fairy, the man on the moon, and ex-President Clinton’s moral compass, is nothing but a figment of the imagination. It would be best to call it sexual disorientation. From here on out, let’s understand that “sexual orientation” is something “they” said, so we’ll treat it as pseudo-science. What causes people to run after linguistic ghosts like a pot of gold at the end of the rainbow? Some cash in on it like the growing hordes of lotto players from state to state. We all know what that means: out of the millions who pump billions into state gambling junkets, only a few are “lucky” enough to get anything out of it. And then the sad stories of jealousy, lawsuits, and money mismanagement follow most of those who “hit it big.” Such is the case of the cleverly crafted social term “sexual orientation.” Thousands buy into it as if it were a Publisher’s Clearing House sweepstakes package, but only a few actually get anything out of it. Those who do, eventually discover that it was nothing more than a cruel hoax, a dead metaphor, the grand dream of a guy who ate way too many pinto beans before going to bed.

This whole concept of sexual orientation came about a few years aso when the gay activists fumbled and grumbled about the phrase “sexual preference” and decided it forced them to admit more than they were willing to concede to the heterosexuals who were oppressing them. According to the Sexuality Information and Education Council of the United States (SIECUS), a pro-homosexual “sex-education” organization the rejection came “because sexual orientation is no longer commonly considered to be one’s conscious individual preference or choice, but instead thought to be formed by a complicated network of social, cultural, biological, economic, and political factors.”

Commonly considered by who? Since when?

Was there a national referendum on a ballot somewhere and Americans voted this in? Was this one of those “executive orders” of ex-President Clinton? Maybe the Supreme Court ruled this into national law and the media just forgot to tell us all. Sound utterly foolish? That’s because it is. These language thieves actually want us to believe that just because they said so, this is now irrefutable truth? They’re as foolish as the rainbow-colored horse they rode in on. Nothing could be further from the truth. Where are their facts, surveys, or even opinion polls that show this is “commonly considered”? Who did they poll to arrive at this pompous statement? The residents of the Castro district in San Francisco? Let me put the mystery to rest. It’s only “commonly-considered” among the less than overestimated 2% homosexual population and those they have bribed to believe it along with them.

Many people who have experienced same-sex thoughts commonly report that they first recognized it at an “early age.” They cite this as proof that they did not choose to be gay. Fatally flawed logic. I realized at an early age (2nd grade) that I did like, no—hated, coleslaw. So I chose not to eat it again. One young guy told me as a matter-of-fact that his parents had told him since he was two that he was gay. So he believed it. I asked him if his parents had constantly told him he was a mass murderer, what did he think he would be doing? Even the stuffed shirts and blouses at the APA say that telling a child he’s dumb and stupid will eventually produce a child devoid of self-esteem.

Next, SIECUS makes a moive to bolster the oft-proved erroneous claim that homosexuality is not a choice. BULLWINKLE ! Since when is anything not a choice? There’s a whole movement of abortionists out there who call themselves “pro-choice.” The Sexual Disorientation of America IT’S A WOMAN’S CHOICE (they say) to destroy the unborn, innocent, defenseless life in her womb. But when it comes to homosexuality, the uneducated masses are commanded to accept that “this is not one’s conscious individual preference.” What is this—Nazi Germany? We live in a world of choice. You can choose to live in sunny LA or windy Chicago.