The Value of Trading Opinions 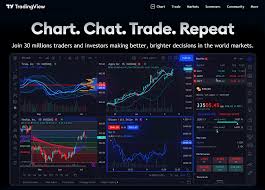 Trading opinions are a lot like a box of chocolates.

Yes, that is a line from Forrest Gump, but it also applies to trading opinions. Sometimes, you just don’t know what you are going to get.

When it comes to trading opinions, often the value of such opinions starts with what value you put on the person giving the opinion. And like anything else, that should be something you have arrived to on your own. Be careful not to become critical of the trading opinion of others solely due to the personal criticism from someone who likes to pound his chest as an authority on personal characterization. Stick to developing your own opinion about another person’s “trading” opinions by careful observation, and be careful not to let your prejudices get in the way. It is a closed mind that never gets the fruitage of knowledge and wisdom.

The value of one’s trading opinion is all in the eyes of the beholder, when it comes down to it. How much you let that opinion mold your own is an internal thing, and different for everyone. Should you listen to the opinion of anyone? Some would dogmatically say that is a bad thing. I beg to differ. It is the overly proud and haughty that thinks he has got all the answers and needs not the thoughts of others. Be open to opinions.

Yes, there is a danger however to just listening to a lot of opinions. One, you may have correctly determined what the market is most likely to do and would have normally taken action. However, perhaps you became influenced by the opinion of another and this caused you pause (hesitation) to act. Perhaps you do not act at all and it turns out that you would have profited handsomely had you just gone with what you originally thought.

And while I am often quite confident in my analysis, I am not always right. And when I am wrong, it is usually due to missing something. Sometimes, someone will mention something that I had overlooked, and upon my own ‘re-analysis’, discover that the trade may not be as great as I had originally thought it to be. It has saved me on several occasions, although I will admit that over the years I have been talked out of a trade here and there that would have worked out nicely. But then again, it comes down to whether I really felt as strongly about that trade to begin with. Obviously not.

So do not be quick to dismiss the opinions of others.

Develop a sense of the strengths of individuals on these trading forums and take from them what you think to be their strong suits. If someone seems to be very strong in technical analysis dealing with a particular indicator, another in fundamentals, etc., take what is best about that person and feel free to filter out the rest.

Only you can determine what is useful information and what is not. But be careful that you do not let personal opinions about another person, rather than the analysis itself, affect your judgment. You do not have to like the person yourself to at least value something they may bring to the table. Prejudice can be very destructive to taping into a well of wisdom.

What Is Coming Out Of Your Mouth That Is Not Your Opinion?