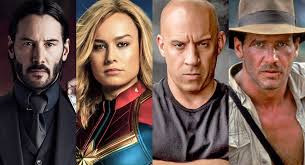 I was bored and started thinking of some of the greatest moments in the history of sports in which I could remember. I am only 23 so there are numerous occasions I have surely missed or cannot remember.Top 50 to 26 Greatest Moments in Sports History

Given the content of this post, there is going to be a lot of disagreements as well as a few agreements here and there. Just remember, this is my opinion and I am sticking to it.

I would also like to point out that you may notice quite a few baseball moments on here. I have played baseball all my life so I am a little biased towards the sport.

His dunk from the free throw line in the dunk contest, or his reverse dunk where he basically travels in the air for five seconds are 2 prime examples.

I liked Pete more as a tennis player, and feel he would win if they both played each other in their primes, but Roger is a good guy and you have to give him his due.

Not much else to say about this, other than the fact the Giants basically dominated the entire game.

He had a decent career going, good sponsorships, and plenty of money. Yet he felt it was necessary to have some pitbulls tear each other up. Smart move Mike.

Getting accused of murdering his wife, running from the cops, robbing a store, and possibly kidnapping someone is just an ordinary day for OJ. I wonder what his weekends are like?

I remember when the NBA was watchable, and the players played for the love of the game rather than the money. Michael Jordan, Larry Bird, Charles Barkley, and Earvin “Magic” Johnson were just a few of the players that made the game great back then.

Not many people thought this American wrestler could come close to beating this seemingly invincible Russian, but low and behold the underdog strikes again. We struck gold!

43.) Bob Knight and that temper we come to know and love.

Whether it was the hundreds of technical fouls, the chair toss across the floor, or busting up that TV, Bob Knight knew how to coach and entertain the crowd. “Everybody hears, but few listen.” – Bob Knight

Eight men conspiring with gamblers to intentionally throw the 1919 World Series seems beyond belief, and yet (they were found innocent, but facts were lost) it still took place. A championship would be more important than money, but I guess things change once you see that green.

I know this is not one of the top 50 moments in sporting history, but I am a Buckeye fan and it was a great double OT victory. In case you did not know, the Buckeyes finished 14-0 that season…BOOM!

Being 16 and knowing that you need a perfect 10 on you next vault to win the gold medal can take a toll on many of us. Mary, on the other hand, took to the pressure and nailed her vault sending her to gold.

Not only did he beat the team I despise most, but he threw the ball about 73 yards in the air to score the game winning touchdown. Maybe Kordell can tell this story to his grand-kids one day, because he sure as hell doesn’t have many NFL stories to tell.

Not only is a perfect game extremely hard to accomplish, Don is the only player in the history of baseball to throw a perfect game in any World Series game. His career never mounted to much, but at least he has one moment to look back on.

37.) Franco Harris catches the deflected pass from Terry Bradshaw for the Immaculate Reception.

Although the game was a little one sided (Green Bay won 35-10), this was still the birth of one of the most watched and celebrated games of the year for us today. I usually just watch for the commercials, and the game is a bonus.

35.) Ron Artest and Stephen Jackson go MMA on the crowd.

This was one of the craziest things I have ever witnessed. Players fighting players makes sense, but fighting people in the crowd (still in the stands mind you) is just ludicrous. I would have gladly paid money to see this, and possibly even be involved. How about you?

Regarded to as “The Catch,” Dwight Clark caught the winning touchdown reception to beat the Dallas Cowboys in the 1982 NFC Championship Game. He was the San Francisco treat! Get it? Rice-A-Roni. I understand if you didn’t laugh, you just don’t have a sense of humor.

He may not have always been the tallest, or the fastest, or the strongest (I am paraphrasing Emmitt from the Little Giants moive), but he was smart and ran 100% full go every time. I believe Barry Sanders would hold this record if he would not have went into early retirement, but my hat’s off to Emmitt for this feat.

The fact that no defense could stop the opposing teams offense, except for Texas on that 4th down stop, this was just an all around great game. Texas was a huge underdog, but Vince Young stepped his game up and came through in the clutch. I am a sucker for those underdog victories.

Ok, he doesn’t completely bite his ear off, but it was still a pretty gruesome nibble. The fight was looking to be epic, but Tyson just could not resist a tasty treat.

They accomplished what the Patriots could not, perfection. Going undefeated in any professional sport, in any day and age, is near impossible and should be recognized by everyone. You know any players that are still alive from this team were jumping for joy when New England lost. Good stuff!

Not only did these two duke it out in the 1979 NCAA basketball championship game, but they also faced each other in three NBA title games (84, 85, and 87). Bird and Magic played the game with integrity and passion, this is what I miss most about the NBA.

Roger Marris went through a tough time when he broke the Babe’s home run record. Mark did not have it very rough, but I was glad to see the record broken because it sparked some more interest in baseball again (steroids aside). It’s cliche, but records are meant to be broken.

There really aren’t words that can describe the feelings and emotions people felt after this tragic occurrence, but I guess it makes us stronger and appreciate what we have.

How to Convert FLV to MOV?