What Is Medical Negligence? 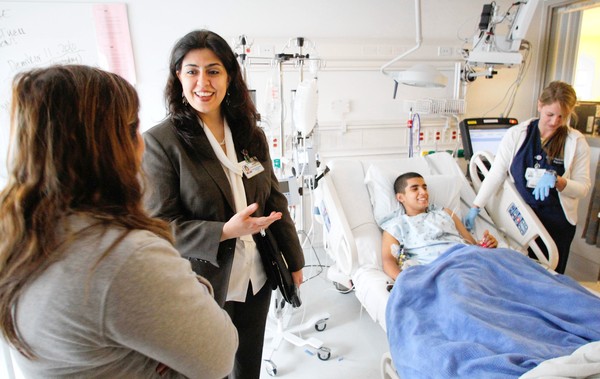 Medical negligence occurs when medical treatment falls below expected standards. What Is Medical Negligence? If a patient becomes injured as a result of medical negligence, that patient might file a lawsuit claiming medical malpractice. If a patient dies, the family might then file a wrongful death lawsuit.

Damage to a neighboring organ during surgery.
A wrong diagnosis that leads to no treatment for the condition or the incorrect treatment for the condition.
A doctor who tells a patient that he or she is okay, causing a delay in treatment that eventually leads to injury. This is especially dire if an illness is progressive, such as cancer.
A dentist whose negligent treatment causes the patient to lose teeth.
An incorrect medication or the prescription of a medication in a harmful dosage. This can be negligence on the part of a doctor prescribing the medication, a nurse administering the medication, or a pharmacist.
Unnecessary surgery that results, for example, in the inability of the patient to have children.
A botched cosmetic procedure that causes an injury or a severely displeasing result.
A medical instrument accidentally left inside a patient during surgery.
Mistakes on a medical chart that lead to incorrect medical procedures or medications.
Improper or ineffective anesthesia administered prior to surgery.
A mistake made during childbirth that leads to the death of the infant or permanent injury to the infant, such as brain damage. Cerebral palsy is often a result of this kind of medical negligence.

The Difficulty of “Causation”

In order for a patient to have a medical malpractice claim for medical negligence, he or she has to prove (1) that the medical professionals had a duty to provide a standard of care and failed to do so, (2) that the patient suffered an injury or injuries, and (3) that the injury was caused by the alleged medical negligence.

What does “standard of care” mean? It varies from state to state. Some laws restrict the standard to physicians in the same area of the country, while others extend the standard to doctors on a national level. For example, a heart surgeon will be held to the standard of other surgeons in the same field. If he or she acted in a way that differs from the way most heart surgeons would have acted in similar circumstances, that surgeon may be found to have been medically negligent.

Since the body consists of interconnected systems, “causation” is a complicated issue in medical negligence. The medical personnel might argue that the treatment did not cause the injury but that it was instead caused by a condition the patient already had.

Psychologists and psychiatrists can also be sued for medical negligence, although these types of cases are much more difficult to prove because not only are the injuries non-physical, but causation is particularly complex.What Is Medical Negligence?

In any type of case, the attorneys assigned by the physicians’ malpractice insurance company will likely try to argue that the injury was not caused by medical negligence.

How to Get Through the ADHD Medication Maze

The Truth About Medical Coding From Home