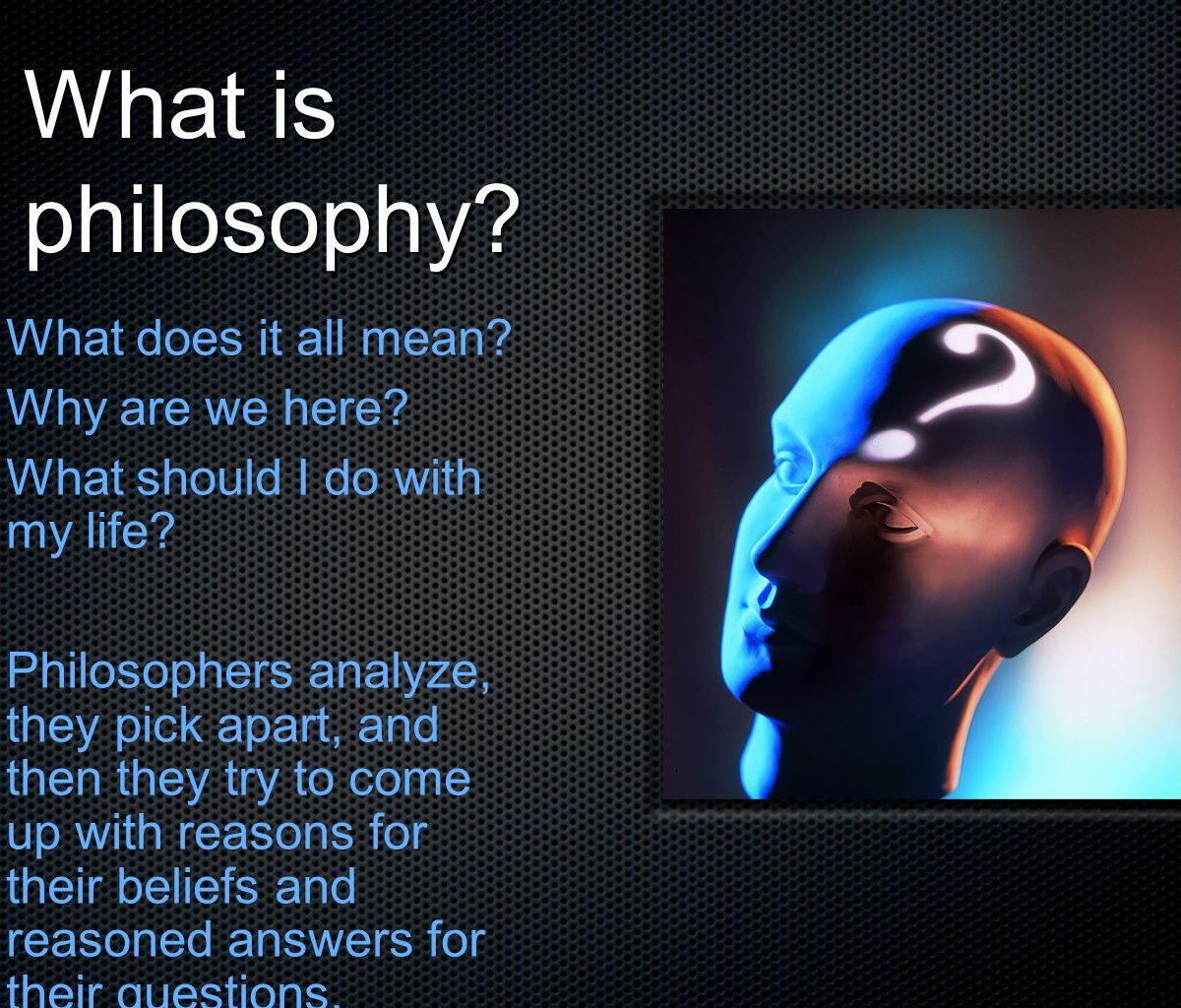 “What is Philosophy?” is an easy question to ask but philosophy is not something that is very easy to define. Literally it means “the love of knowledge” but this fails to capture much of the sense of the word. In many ways philosophy is about questioning and understanding the world but also it is about how we view the world. By using the methods and process of philosophy and by learning to love the search for knowledge we can find some of the worth and meaning of philosophy. Nothing else is quite as important and as overlooked as philosophical thought.

As a field philosophy is unique.

Rather than building on its self like most realms of study, the history of philosophy and philosophy its self are one and the same. Philosopher’s works are very rarely are usurped by more modern text; instead modern text seek to understand and interpret the works of past philosophers and, if refinements are present they are found more commonly as alternatives rather than replacements. Throughout this long history philosophy has had thinker that were more influential than others. Plato, Aristotle,Thomas Aquinas, Rene Descartes, Francis Bacon, Spinoza, Locke, Hume, Kant, Rousseau, and Nietzsche are perhaps some of the most important philosophers. These men and women have contributed and advanced many thoughts and ideas to a variety of fields of philosophy and to this day much of their work is study and analyzed by modern philosophers.

Another thing philosophy is know for is having a lot of “-isms”. It is true that philosophers have created many terms to categorize and describe their philosophy, in many ways the archaic terminology is necessary to cover the breadth of ideas philosophers yield.

To cover the most important ones briefly:

Others include Existentialism, Aesthetics and Aestheticism, Realism, Pragmatism and Positivism.

Philosophy is also typically divided in two main ways: by area of study, and whether the philosophy is analytic or continental.

The primary fields of study within philosophy are typically broken down into the following 4 groups:

Each of the fields has evolved greatly over its history and contains many niches and nuances unique to it. The bigger difference is in the analytic vs. continental divide. The difference is complicated but to put it simply: Analytic philosophy focuses on on logic and rigor and is typical of the English speaking world, where as Continental philosophy is usually done on Continental Europe and covers, with much less rigor, a very wide variety of philosophers.

Unveiling the Mask of Philosophy Essay