Why Are All Electrons Identical? 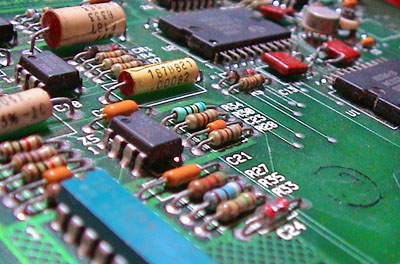 Go to your local store and buy several items of the same product – say a package of three golf balls. Though the golf balls appear identical, closer examination will reveal ever so slight differences.Why Are All Electrons Identical? One ball maybe fractionally larger; another ever so slightly less spherical; perhaps the third is ever so slightly lighter. The generality that extends from this is that any two seemingly identical products will have nevertheless slight variations in their properties.

Now buy a packet of three electrons (or their antimatter equivalent, the positron). Each electron, or positron, will be identical in size, mass and electric charge to as many decimal places as you care to measure. All electrons (and positrons) are 100% absolutely identical clones.

Take one electron and one positron and bring them together. They annihilate releasing a fixed amount of energy. Take another electron and another positron and repeat the scenario. The pair will annihilate releasing an identical amount of energy in the process. The amount of energy released in each electron-positron annihilation case is the same, to as many decimal places as you can measure. That’s quite unlike taking a match from a box of matches, striking same and releasing its stored chemical energy as heat energy. Another match from the same box wouldn’t release, to as many decimal places as you care to measure, the absolutely identical amount of heat energy.

How come identical golf balls aren’t but identical electrons (or positrons) are?

Electrons (or positrons), having mass, can be created from energy (just like mass can be converted to energy as in the case of the electron-positron annihilation process). You (human intelligence) can’t create identical golf balls, but a seemingly non-intelligent natural process (Mother Nature by any other name) can create or produce copies of a fundamental particle, like an electron (or positron), that are clones of one another down to the nittiest-grittiest detail.

Even with quantum mechanics in force, you’d think energy could create or be converted into an electron with twice the standard electron mass or twice the electric charge, or thrice even. But no. You see one electron you’ve seen them all – every electron that is, was or will be, anywhere, everywhere, anytime, every time in our Universe. Electrons, like Black Holes, have no hair. That means they have no individual personality. In fact Black Holes can be said to have some fuzz because they can and do differ in terms of size, mass and electric charge. Electrons have the exact same size, mass and electric charge, so absolutely no hair! Relative to Black Holes, electrons (and positrons) are absolutely bald!

Invoking all things quantum is still a bit of a cop-out in that while quantum means things are this or that, one unit or two, one energy level or two energy levels, there’s no explanation as to why it’s only one or two, not one & a half. It just is, but why remains a mystery.

Why are all electrons (and positrons) identical?

1) Of course THE cop-out answer is that that’s just the way God wanted it and no correspondence will be entered into regarding the matter.

Unfortunately, there is no real evidence for the existence of any deity past and/or present that stands up to any detailed scrutiny.

2) One could resort to an explanation via string theory merged with quantum physics. String theory just replaces elementary particles as little billiard balls for elementary little bits of string (albeit not string as we know it). Now maybe, as in all things quantum, these strings can be one unit in length, or two units, or three units, or four units, etc. Any positive whole number multiple of one string length is okay. Now say that a two length unit of string is an electron. A two unit length of anti-string is therefore a positron.

Or, one can suggest that strings vibrate and can only vibrate at specific frequencies as any musician playing a stringed instrument knows. So, a string vibrating at one allowed frequency is an electron; if it vibrates at another allowable frequency maybe that’s a proton or a neutron. Again, a vibrating anti-matter string would produce manifestations of the antimatter particles, a positron being dependent upon one of the allowable vibrating frequencies.

Seeking a Career in Electronics